Corelia's highly anticipated debut album is on it's way! After smashing their way into the progressive metal scene with the "Nostalgia" EP, San Diego based band, "Corelia" asked fans to help fund their debut album. Fans responded by giving 223% of the campaign's original $15,000 budget, and here we are, making an epic double-disc album to rule the metal world. I've had a blast tracking all of the bass parts for the project, and I'm stoked to be working with these guys;

Tracking with Scale The Summit 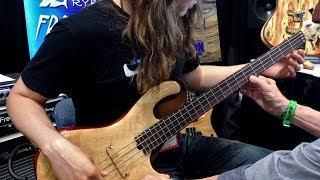 The Motherboard is Complete!